In the spirit of the late Queen Mother’s Devon Loch disaster, here’s how to survive this year’s Grand National with children. With racing tips (runners’ names in caps – apart from IKEA, which, to be clear, is not the name of a horse) and Bing Bunny and Plop commentating, just for the hell of it.

“There are too MANY CLOUDS. Looks like BLACK THUNDER,” NW says, biting his lip. He wants to know why don’t all just stay in and watch the Grand National, rather than embarking on a family trip to IKEA.

“We have to BUY WISEly after that ONE NIGHT IN VIENNA,” I say, stuffing the rucksack with fourteen nappies, all of which are probably the wrong size. “Come on; the people LIVING NEXT DOOR to NG’s nursery have just been there and got their kitchen. And the SPLASH OF GINGE on the carpet after NG spilt juice makes me feel we’re living in a KNOCK HOUSE.”

“We’re DOING FINE. In this FINANCIAL CLIMATE, anyway,” says NW with a slight bristle. “And the people next door don’t have children.”

“Mummy, can we go to the swings?” asks NG, who has leftover chocolate rabbit hanging from her bottom lip.

NG liked the contents of this pen. I liked the pen.

“I’ve got an idea. Let’s go to IKEA,” says NG, dancing up and down in Peppa Pig sandals, despite the weather.

“Bet he isn’t,” I puff. “They’re off to India on Monday, so Kate’ll be making him help plastic pack her dresses. Don’t worry; I’ll SHUTTHEFRONTDOOR.” And off we go.

shopping on grand national day: what a good ikea.

Bing Bunny (BB): Awwww. Good afternoon and welcome to a rainy Saturday at IKEA. They’re about to go into the holding area for the 10.30 mid-morning arrival scrum so, Plop, over to you.
Plop: (P): Thank you, Bing. That’s right. The four runners for this first Toddler Handicap over three floors are just beginning to struggle up to the start. But that’s ok. It’s good to struggle sometimes, Bing.

That’s Not George (NG); on her toes but somewhat hindered in totally inappropriate shoes. Beautifully turned out, having found a Clinique chubby stick before leaving the house, she looks a right royal picture. And just coming into our picture is Not Charlotte (NC). Now Bing, NC is an immature colt – only six months old – he’s a baby. So we must be quiet. He is excellent at waking up the rest of the field and can be relied upon to turn any event messy. He’s also rumoured to be a bit of a kicker and biter. (We don’t bite, do we Bing?)

There’s the veteran of the field – six year old (that’s mid-thirties in horse years, Bing. That’s really quite old), Not William (NW), moving towards the first real hurdle: negotiating a double seater children’s trolley. A steady performer, Not William but when faced with a Liatorp TV storage combo, has been known to do real damage.

And there’s our favourite, just going towards the sofa by the entrance – Not Kate (NK). A matronly filly, she’s blinkered for most of the time to protect her from bad behaviour from the youngsters.

A quick mention of the favourite but sadly non-runner, Not Lupo (NL). Poor NL. We’ve just heard he won’t be running today, Bing, because – well, they don’t allow dogs in IKEA. But I think he would have enjoyed the challenging ground floor and the elk sausage.

Now the remaining three runners appear to be looking well; NW leading the pack. Oh dear, NC! NC is rearing up! (That’s not a euphemism, Bing, so don’t get any ideas.) He tends to get excited when he’s tired. I remember he had to be retired early at Paulton’s Park. Yes, they’re going to put the hood over him. And now, a late show of betting. Over to you, Bing Bunny.

BB: Awww, thank you, Plop. Hoppity Voosh enjoyed that. NW has toughened up a half a point to 11/8, NK is evens, NG and NC both odds.

P: Yes, and as expected, NL is the 100/1 complete outsider. And that’s it – they’ve got the two maverick young ones in. NG is refusing to be contained but … they’re under starter’s orders and they’re off!

BB: Awwww, that was one hell of a race (sorry for swearing, Plop. I didn’t meeeeeean to). NK may just have taken first place in the last stride but I wouldn’t like to bet on it. ‘Cos I don’t like making any of my own decisions. And now it’s back to baby wrestling in Norwich.

Characters are abbreviated as follows:

NW – not William (husband and father)

NG – not George (daughter, sister and two and a half year old) 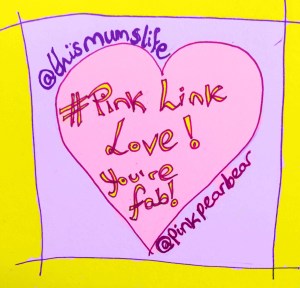 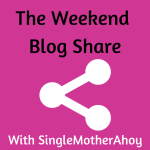